With the children of Nepali Nintendo we witness how children who live on the lowest margins of material wealth play, laugh, interact with and breathe new life into objects that the rest of society discard as useless. Here the power of a child’s vision comes to the fore. The way they just walk the road, no judgement, no desire for things they don’t have and very little complaining. Apathetic ? Quite the contrary. These children are full of life, ideas and creativity.

To observe the way in which these children communicate through and share objects that most children in the west wouldn’t even register as being there, to see inanimate waste become something new, be reinterpreted as something ‘else’, is like watching a magician pull a rabbit out of a hat. A tape measure becomes a sword, a car speaker a magnet to collect coins from a river. Within these supposedly fixed and used up objects children, together with their imaginations, reshape them to fit their worlds. They remake them. They have a vision of flexibility in something supposedly inherently fixed for a purpose in its former life. 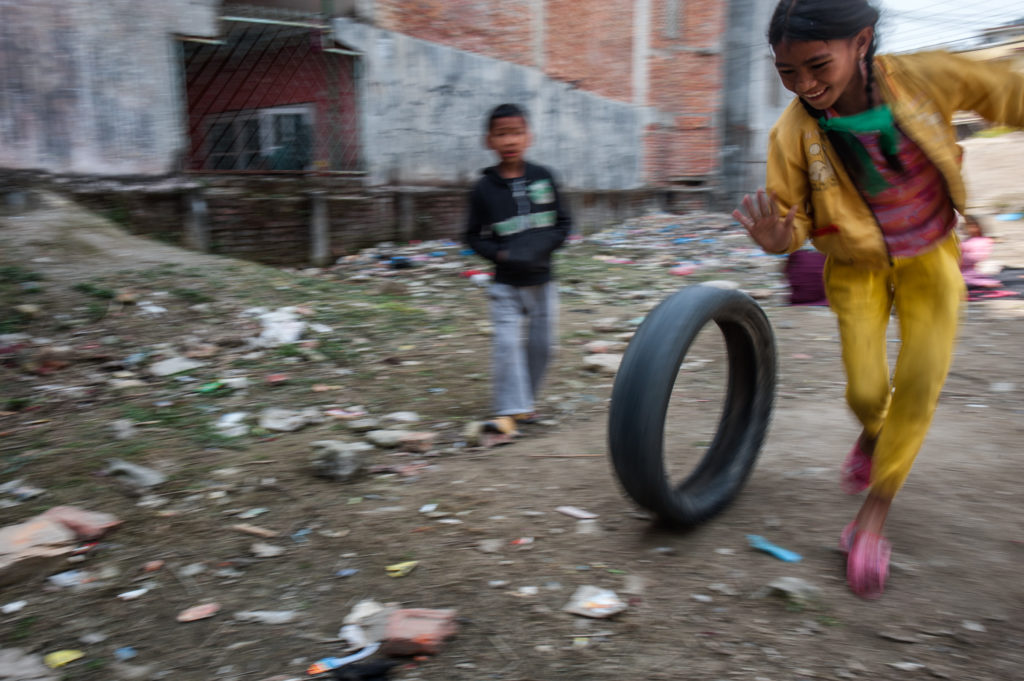 The potential power of the film and still photographs of Nepali Nintendo as a visual text is that it can, and should, be read & interpreted in many different ways. It’s polysemic. What the audience brings to the reading will dramatically alter how they perceive the piece and what they take away from it. Poverty, wealth, play, dirt, laughter, community, imagination and so on and so forth are all viable take aways. Are all reflections of our own histories. Nepali Nintendo does not lead by the nose a passive audience to a predetermined conclusion by the author but invites an active response by inviting negotiations with meaning. It’s aim is to start a conversation, not finish one.

One reading could be could be how these children act as mirror on a western model of society suggesting for us to look at ourselves, the matter in our lives and the way we foster our children’s nurture. For while these children are indeed economically poor, there is a richness and a sense of freedom within them not seen too often in a world of material gain and consumption orientated senses of happiness and values that permeate western culture. A culture slipping ever more into mediated relations with technology that goes unquestioned.

Comparisons can be drawn not only to children vis a vis western/Nepali but also the adult world, the world of socio-economic engineering and consumption, material wealth and the pursuit of happiness through such means. For there is an agenda within the design and very touch of the machines we interact with daily and hourly that is entirely motivated to script behaviour, to draw in, to guide people into living their lives a certain way. Backstage of any technological device lies a veritable army of coders, designers and marketers whose hand is in every gadget and whose thoughts are often way ahead of our own. When we turn on a piece of technology, say a tablet or video game, we are in effect inviting countless strangers to come sit and share with us our ‘private’ time. 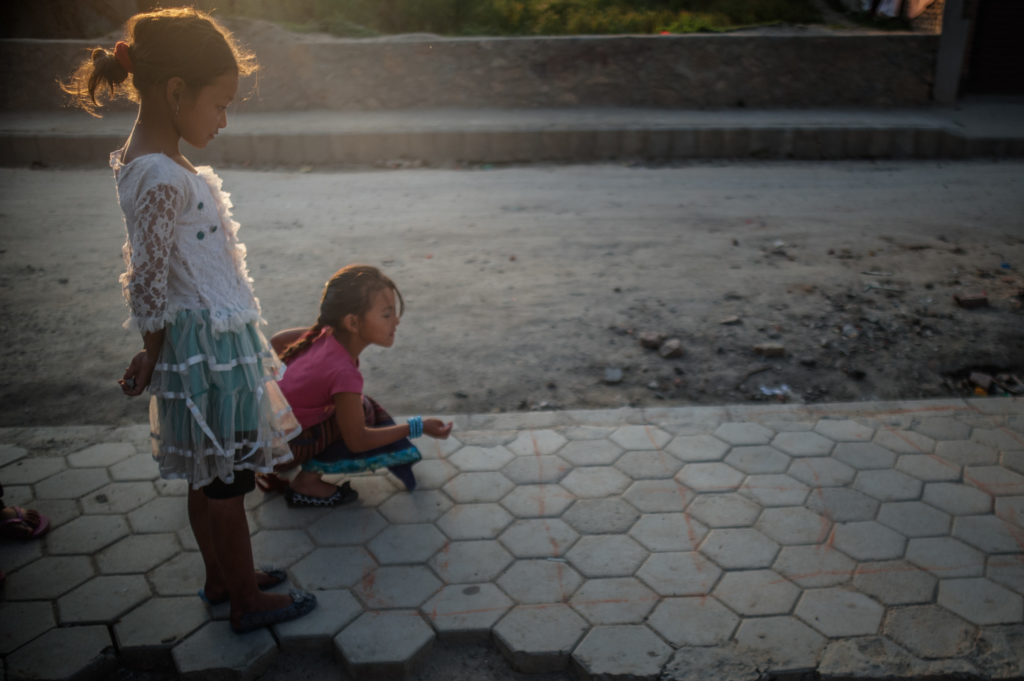 In effect, this is a 21st century version of co present interaction. Only we exchange body matter for gigabytes. For those on the ‘right’ side of the digital divide, is a world in which play, communication and interaction based on something so simple as co-presence is all but dying as a social act. A world in which lives are not lived face to face but face to screen, our relationships are built through the mediation device of technology and the abstract. A world of i-pad nannies and consumption of data in isolated community. Alone together.

Each click is all but predetermined and each level or ‘victory’ of the game already won or lost on our behalf. The space or opportunity to reinterpret a preset game is all but null. One’s ability to redesign meaning is blocked, hindered by a stranger in a distant land. Whose playing who ?

To educate our children into this way of life before they can even speak, to show them the way of satiation through the material over community, imagination and experiential is a moot point. Or at least it should be.

In looking at children creating toy trains out of light bulb packets, inventing a micro economy and their own socio-economic system from grass, mud and bottle tops, interacting together and learning by ‘doing’ and feeling in the ‘real’ world and not an abstract one it is difficult to help but feel we may have lost track.

No one would wish abject poverty on any child. But deprived of the cloth of material substance that so often chokes the imagination and natural curiosity out of others, one can witness an energy as yet unblemished, a curiosity as yet unbounded, a hope and ceaseless desire to explore, experiment, and a human nature in its most simple and benevolent form. The form of play.